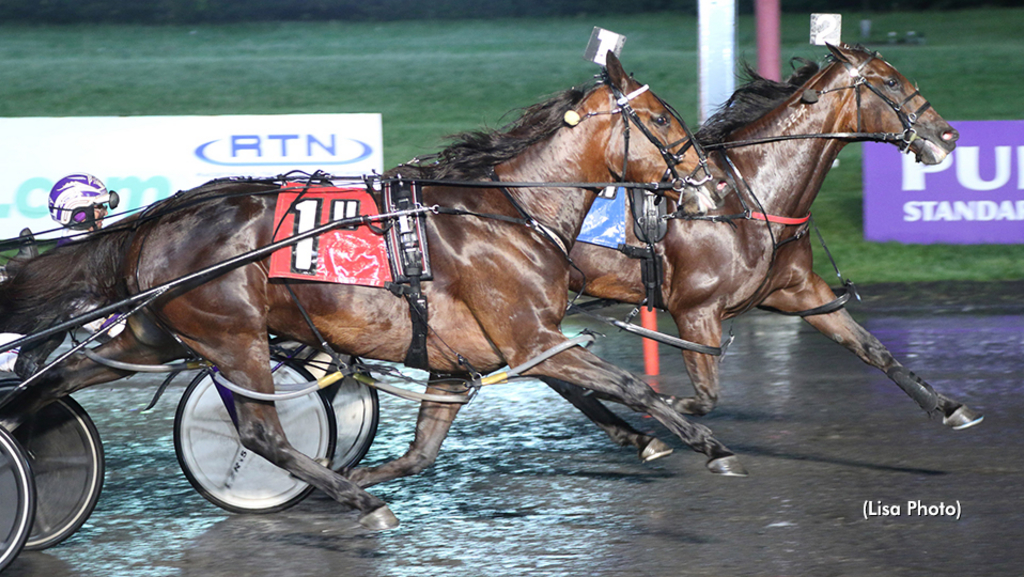 With a tightener under her belt, all of harness racing had their eyes on defending Horse of the Year Test Of Faith, the Brett Pelling trainee who was sent to the gate as the 3-5 favourite Saturday night (May 14) at The Meadowlands in one of two divisions of the first leg of the Graduate Series for four-year-old pacing mares.

Off a fourth-place finish from an outside post a week ago in an Open against older foes, Test Of Faith — the winner of 14 of 16 starts a year ago — got into the win column in her second outing of 2022.

During a torrential downpour over a track rated "sloppy", Grace Hill fired to the front in :28 before having to yield the lead to 8-5 second choice Oakwoodanabella. Following her was Test Of Faith, who surged to the top for driver Dave Miller at the half while parked in :55.1.

After reaching three-quarters in 1:24, Oakwoodanabella came back for more from the pocket as the pair battled through the stretch, but Test Of Faith proved worthy of the stiff challenge, prevailing by a neck in 1:49.4. Grace Hill was third.

“You can see it in the program,” said Pelling. “Oakwoodanabella clicked home in :26.1 at Miami Valley. [Trainer] Brian Brown had his horse ready to go right off the bat. She obviously has high speed. But my horse? She can do anything. Great horses are versatile, and Test Of Faith can do anything you need her to.”

A daughter of Art Major-Cannae Cammie, Test Of Faith returned $3.40 to her backers in winning for the 23rd time from just 27 outings. Her bank account stands at a gaudy $1,585,439.

In the other Graduate pacing event, Mikala lived to her 4-5 billing, winning for the third time in as many 2022 starts in a lifetime-best 1:49.1.

George Brennan had the Nik Drennan student third in the early going, as Easy To Please hit the quarter in a torrid :26.1. Brennan, aka “The Minister of Speed”, then quickly moved Mikala to the top, hitting the half in :54.3 and three-quarters in 1:23.1. From there, despite an off track that was labeled "good" at the time, the daughter of Always B Miki-Shes Some Treasure sprinted home in :26 on the way to a convincing two-length score. Easy To Please was second with Darby Hanover third.

“She was a big purchase as a baby,” said Brennan. “So well bred. She had a solid year last year and has come back well. At the top of the lane, she paced away from them to the wire like she did in her first two starts.” 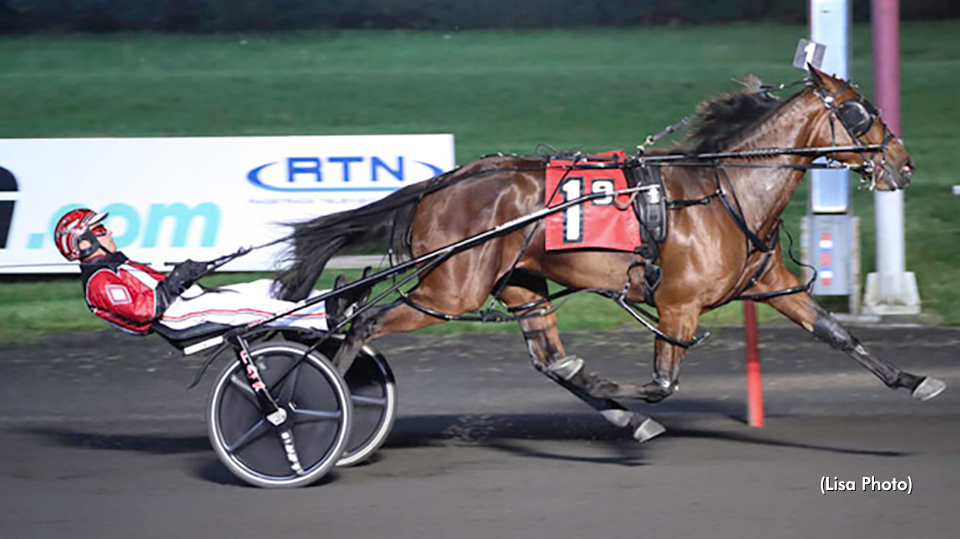 In the lone Graduate split for four-year-old mare trotters, Katies Lucky Day sat a three-hole to the top of the stretch before sprinting home to upset 2021 Hambletonian Oaks winner Bella Bellini in 1:50, the fastest mile of the year in the sport on the trot regardless of age or sex.

Off a neck defeat at the hands of Next Level Stuff in the Miss Versatility a week ago, Bella Bellini was sent to the gate as the 3-5 favourite in the seven-horse field. Driver Dexter Dunn had her in third at the quarter, behind Herculisa and Katies Lucky Day, before brushing to the lead before the half, which was reached in :55.4. Bella Bellini was rolling along on the point comfortably at three-quarters in 1:23.3 and appeared to be on the way to her first win of the year with that one tightener under her belt.

But Katies Lucky Day, a Todd Luther trainee who gunned down Bella Bellini in the 2021 Kentucky Filly Futurity, had other ideas.

Tim Tetrick put the daughter of Uncle Peter-Yansky right behind the pocket-popping Herculisa as the field turned into the stretch, then tipped off that cover with just over a sixteenth of a mile to go and exploded past the leader to win by 2-1/4 lengths. Herculisa was third.

“She always gives 100 percent,” said Luther. “She loves a target. Loves to run them down. You can never take anything away from Bella but Katie trained down perfect and we can’t wait to see what’s in store. I’d like to win all of the big races, and we are staked to just about all of them. Now, we have to start picking our spots.” 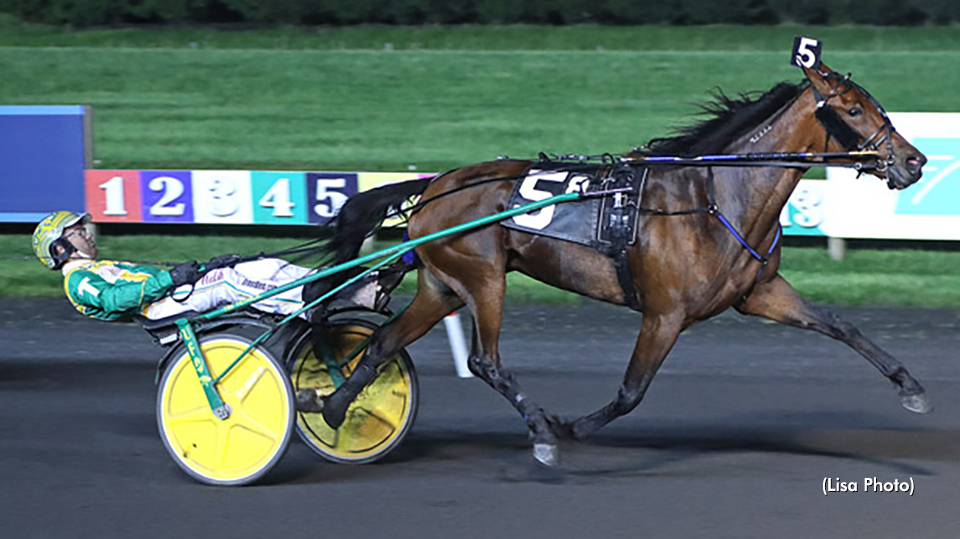 A LITTLE MORE: Andy McCarthy led the driver colony with three winners. Miller, Tetrick and Yannick Gingras all had a pair of victories.

With a sequence that began with winners that went off at odds of 11-1 and 18-1, the 20-cent Survivor Pick-7 returned a healthy $14,187 for those with just five correct on their tickets.

Despite 2 trotting races on the 13-race card and a heavy downpour that started before the 10th race and never let up, there were 7 sub-1:50 miles at The Meadowlands last night. I think that's the most sub-1:50 miles on a single racecard anywhere in North America in 2022.