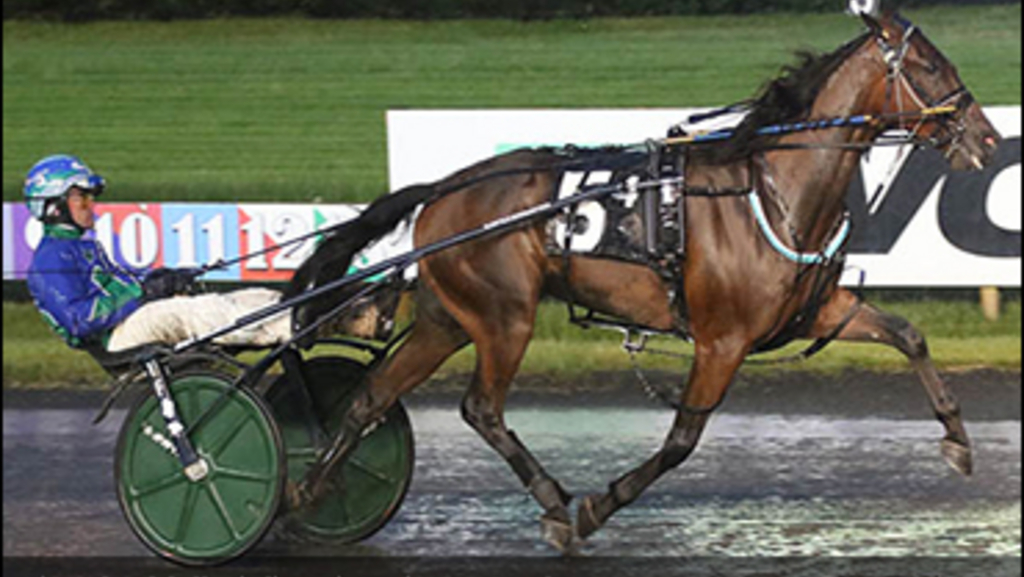 Ahundreddollarbill has been 100 per cent perfect this season, getting his campaign off to a 3-for-3 start, and will attempt to continue his unbeaten ways Friday (June 25) in the first of two $40,000 eliminations for the MGM Yonkers Trot at Yonkers Raceway.

The top four finishers from each elimination advance to the $500,000 Yonkers Trot final July 2 at The Hilltop. The race, for three-year-old trotters, is the first leg of this year’s Trotting Triple Crown, followed by the Hambletonian on Aug. 7 and Kentucky Futurity on Oct. 10.

Ahundreddollarbill heads to his elimination off a 1:53.2 Empire Breeders Classic win over a sloppy track at Vernon Downs on June 18. He starts Friday from post four with Andy McCarthy driving for trainer Tony Alagna, and is the 2-1 morning line favourite in the field of six.

“He’s done everything right so far, everything we’ve asked of him, so I’m looking forward to Friday night,” McCarthy said. “There are some nice ones out there, but with the post position and the way he’s been, I think he should be the one to beat.

Ahundreddollarbill, by Chapter Seven out of Swinging Royalty, won two of six races last season for trainer Dan Daley. Both victories came on the New York Sire Stakes circuit. In the fall, the gelding joined Alagna’s stable. He is owned by Crawford Farms Racing and James Crawford IV.

This year, Ahundreddollarbill opened with a win in a conditioned race before capturing a division of the NYSS in a career-best 1:52.2 at Vernon followed by his EBC triumph. The victory pushed his lifetime earnings to $206,307.

“I’ve put him on the front a lot because I think he’s the best and it’s the safest option, but he can come first-over, he can sit in a hole; Tony has done a great job with him,” McCarthy said. “A couple months ago, maybe I’d have been worried about sitting in a hole, but now he drives terrific and steers great.

“They worked on equipment changes to make him happy and comfortable. He’s set now where he’s very quiet and comfortable and can do whatever I ask him to do.”

Ahundreddollarbill is not eligible to the Hambletonian, which McCarthy won last year with Alagna-trained filly Ramona Hill. Supplemental entries are not accepted for the Hambletonian.

“It’s disappointing because I think he’s that calibre of horse,” McCarthy said. “I’m not saying he would be favoured for it, but that’s kind of what I think his potential is. I think he’s a top colt. He’s just so versatile, and so strong and fast, he’s got all the tools there.”

The Messenger is the first leg of the Pacing Triple Crown, followed by the Cane Pace on Aug. 7 and the Little Brown Jug on Sept. 23.

Ron Burke-trained Heart Of Chewbacca is the 3-1 morning line favourite in the first of two $40,000 Messenger eliminations. The Alagna entry of Abuckabett Hanover and Exploit is the 4-5 favourite in the second elim. The top four finishers from each elimination advance to the $500,000 final.

There are two $25,000 eliminations for the Park MGM Pace, with Linda Toscano’s Heart Of Mine the 9-5 favourite in the first and Brett Pelling’s Test Of Faith the 2-1 favourite in the second. The top four finishers go to the $150,000 final.

Mazzarati, trained by Lucas Wallin, is the 2-1 favourite in the sole $25,000 elimination for the New York-New York Mile. The top six finishers join bye recipients Iteration and Sweeping Rainbow in the $150,000 final.