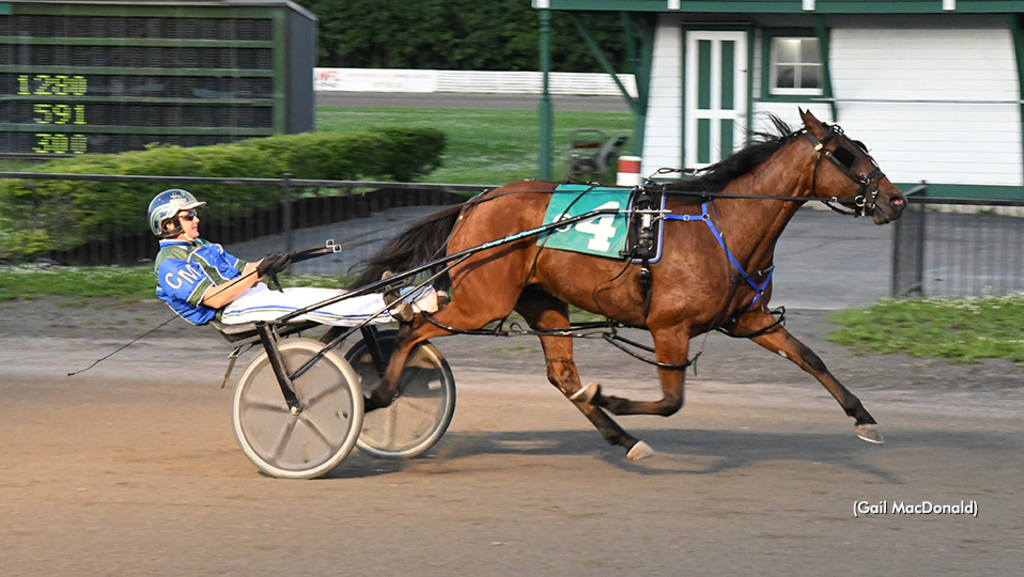 The oldest Standardbred Stakes race in Canada, The P.E.I. Colt Stakes, celebrates its 88th anniversary on the traditional doubleheader Saturday (Sept. 10) at Red Shores Racetrack and Casino at the Charlottetown Driving Park.

With 28 races scheduled on the day, the first 13 dashes populate the afternoon program featuring the two-year-old pacing colts and fillies starting at 12:30 p.m.

Singing Ramona is the morning line choice in the second Gold division, slated as the 12th dash of the afternoon, leaving from post four for driver Adam Merner and trainer Jamie Smith. Smith bred the filly in partnership with Hubert (Socke) MacDonald of Charlottetown. Singing Ramona was a winner her last start in the Milton Downey Memorial stake at Exhibition Park Raceway in Saint John, N.B.

Her top rivals are Itsuptoyou (Barrieau) and Our Girl Annie (Brodie MacPhee).

“Singing Ramona looked awesome at EPR in Saint John going right down the highway and scoring in 1:59. It was an impressive trip and now Merner returns so they could be singing a winning tune on P.E.I.”

Malignity will look to reignite his win streak in $12,300 Gold action in the sixth race for trainer-driver Paul Langille. Bred by Gary MacPherson of North Wiltshire, the Malicious pacer has won five of his seven lifetime starts and had his win streak snapped by Fishermans Son in his latest race.

Fishermans Son has the outside post six as he tries to extend his win streak to four in the other $12,300 P.E.I. Colt Stakes Gold division, slotted as Race 11. Danny Gillis drives the Arthur Blue Chip colt for trainer Walker Walker. Arnold Hagen’s Redland Farms of Oyster Bed Bridge bred the colt in partnership with Kathleen Charlton.

Race 7 is a leg of the Island Oceans Aged Trot Mares Series, presented by JD Marine and Diving, carrying a $4,300 purse.

All win streaks come to an end but Therealprincess plans on riding hers for as long as possible as she takes on P.E.I. Colt Stakes competition Saturday evening at Red Shores Racetrack and Casino at the Charlottetown Driving Park.

The 15-dash program is the second half of a Saturday doubleheader at the capital oval with a 6:30 p.m. opening post time.

“Therealprincess has been perfect in 2022 and won two races on the same day in Saint John. She also has the fastest win time and the most money on the page so expect the win streak to hit 12.”

The other $13,800 Gold filly split is in Race 13 with Cougar On A Terr (Gillis) as the top choice with post four. Bred by Paul Conway of Bonshaw, Cougar On A Terr was second to Therealprincess in The Maritimer final last week for trainer Walter Walker.

Brumby is top choice in Race 12, the second $13,100 colt Gold division. Bred by Belinda Gray of Maxwell, N.B., the Pang Shui colt has Adam Merner at the lines for trainer Jamie Smith.

The three-year-old pacing colts have Grassroots action in Races 2 and 4 for a $6,550 purse in each.

Race seven has the top open pacing mares on the East Coast in a $5,230 division of the Atlantic Aged Pacing Mares Series, presented by Standardbred Canada.