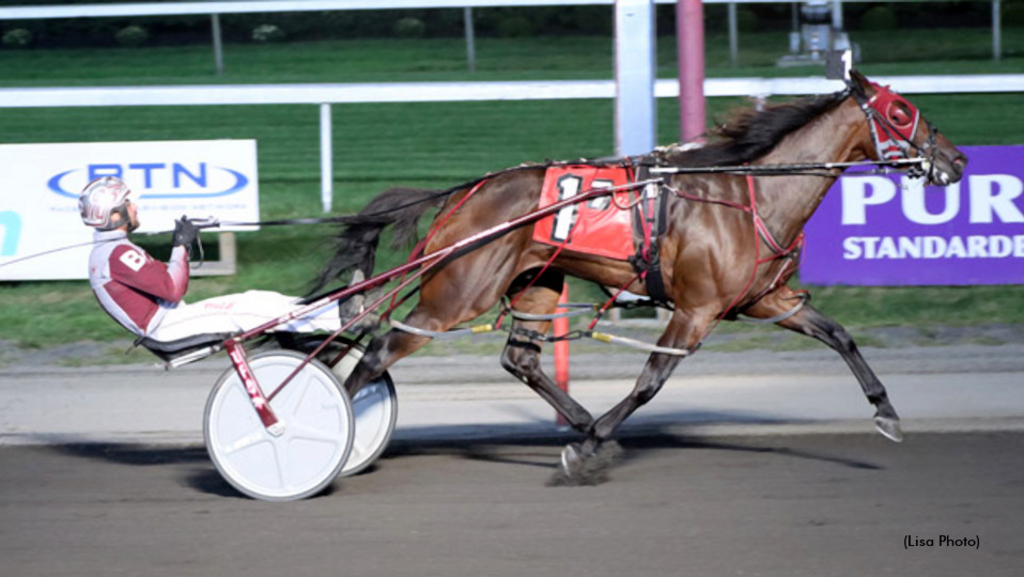 Driver Joe Bongiorno must have really enjoyed guiding five winners seven days ago, so much so, in fact, that the 28-year-old pilot turned the trick again Saturday night (Sept. 17) at The Meadowlands as the track closed out its seven-program September mini-meet.

Bongiorno got his big night rolling early as he scored with Betterrock for his sister Jenn, who trained the second-race winner to a 1:50.1 score as the 9-5 favourite in a non-winners of $10,500 pace.

Joe came right back in the third with 9-2 second choice Copper Teen, who hit the wire in 1:50.3 in a winners of two but not more than four pace for Per Engblom. Win No. 3 saw brother and sister score again in the fifth with Lenda Hand Man in a lifetime-best 1:54.3 in a TrackMaster 74 pace as the 8-5 public choice and the duo hit paydirt a third time in the seventh with Big Chic Magnet, who completed the mile in 1:51.4 as the 4-5 favourite in a non-winners of $7,500 pace.

Joe’s fifth and final win of the night came with Kat, who was making her debut for the Ron Burke barn. She hit the finish in a lifetime-best 1:52.3 in the non-winners of $3,000 pace for fillies and mares in the 11th race as the 5-2 second choice.

A LITTLE MORE: Jenn Bongiorno’s three training victories left her one short of the 1,000-win plateau for her career. Andrew Harris also trained three to victory lane, with all being piloted by Jack Pelling.

Harness racing at The Meadowlands will now go on hiatus for six weeks before returning on Nov. 4.

THE RUNNERS ARE COMING: While harness racing at The Big M takes a break, fans can come out to the track to watch and wager on some exciting Thoroughbred action as Monmouth Park conducts turf racing at The Meadowlands.

Turf action will be conducted on a Friday-Saturday basis starting Sept. 23 until Oct. 22, with one exception: there will be no live racing on Oct. 15. Post time is 7 p.m. (EDT).