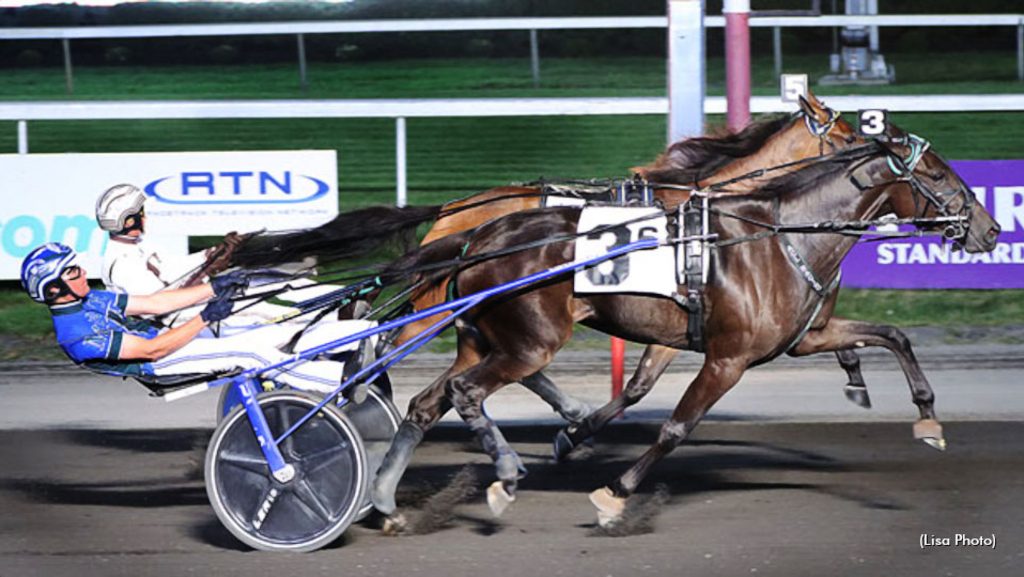 Quick Stop and Oh Well were the winners as the initial season of the New Jersey Classic for New Jersey-sired horses concluded with a pair of $275,000 “A”-level finals at The Meadowlands Friday night.

During the evening, eight NJC finals were contested for horses of both the “A” and “B” calibre with purses that totalled $1.2 million.

In the division for two-year-old trotting fillies, Quick Stop, who sat a four-hole trip before shifting to the outside at three-quarters, sprinted home to gun down even-money favourite Secret Volo by a head in a lifetime-best 1:55 for trainer Anette Lorentzon and driver Todd McCarthy. The daughter of Tactical Landing-Falls For You has had a solid season, winning half of her six starts and banking $190,300. Warrawee Yes was third.

“I thought we were too far back,” said Ana Lorentzon, who heads up the barn’s operation. “But she always wants to come home. She’s a very honest horse.”

“We’ll see how she comes out of this race, but she is staked to everything for the rest of the year. We are very pleased with what she has accomplished so far.”

And the Classic? “This is a great program,” said Lorentzon. “It worked out for us. If they could somehow work out the schedule so it doesn’t collide with the Kentucky Sire Stakes, that would make things easier. You have to pick and choose where you want to go.”

The Marcus Melander-trained Oh Well took the split for two-year-old trotting colts and geldings in 1:53.4. On the strength of taking both the NJC and $240,000 New Jersey Sire Stakes finals, the son of Muscle Hill-Fine Tuned Lady showed why racing in the can be lucrative, as he’s earned $358,130 from just five lifetime starts (three wins).

Driver Tim Tetrick put Oh Well on the point, and after reaching the quarter in :27.4, was able to back the second fraction down to :30, leaving more than enough to record an easy one-length win over Celebrity Bambino and Gates Hanover, who finished in a dead-heat for second.

“He’s a great horse,” said Melander. “We gave him a little break after the [Peter] Haughton [when he finished second on Aug. 6]. He needed the break because there are a lot of races to go.”

Melander didn’t necessarily want his colt to race on the lead, but things changed after Purple Lord broke early.

“I think he’s a better horse from off the pace. I thought that would be a perfect horse to follow. But he’s very laid back and knows what he’s doing.”

Melander is a fan of the New Jersey Classic.

“It’s an amazing program. It’s good for the horse to race here and I really enjoy it.”

He’s also a fan of Oh Well, who was a $530,000 purchase. “You can’t think like that,” said Melander when asked if horses with a price tag that high gets special treatment. “When they start out, they are just another horse, but he was very talented from the beginning.”

Niki Hill, the Dan Patch Award-winning two-year-old pacing filly from a year ago, made her second start of the season in a mid-range conditioned event for fillies and mares, and looked good while rallying to get second behind YS Tallia in 1:51. Her next start will likely come at The Red Mile on Oct. 1.

Racing resumes Saturday at 6:20 p.m., which will mark the final card of harness racing at The Big M until Nov. 4.