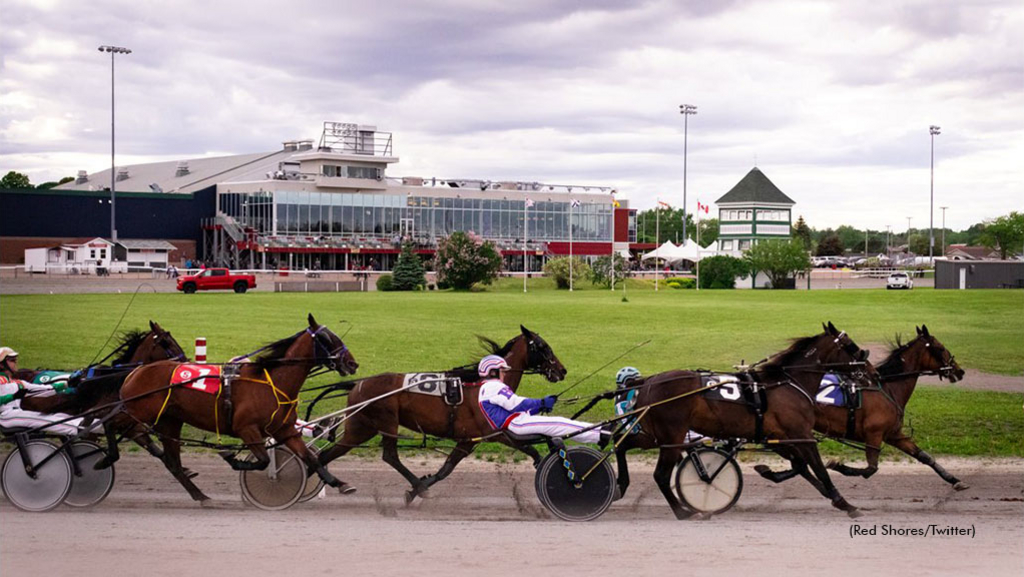 On the heels of a runner-up finish in track record fashion at the Truro Raceway in Nova Scotia, No Plan Intended will have rail control as he returns to home turf Saturday (Sept. 17) at Red Shores Racetrack and Casino at the Charlottetown Driving Park.

The Saturday evening feature is slated as Race 12 of the evening with the baker’s dozen program starting off at 6 p.m. No Plan Intended will guard the pylons in his $3,500 preferred pace assignment with Jason Hughes picking up the catch drive for conditioner Jennifer Doyle, who co-owns the Up The Credit gelding with Danny Birt of Vernon Bridge. The 16-time winner was second in the $100,000 Gold Cup & Saucer Final then came a long way to finish second to Twin B Tuffenuff in a Nova Scotia provincial record 1:50.4 in last week’s $10,000 Johnny Conroy Invitational in Bible Hill, N.S.

Island Beach Boy handled his foes last week in Charlottetown and gets post five to work from in the Saturday feature for trainer-driver Gilles Barrieau. The hard-leaving son of Somebeachsomewhere has already banked $49,960 this season while winning seven races. Top three-year-old pacing colt Stash It Away also takes on the top class with Marc Campbell picking up the catch drive behind the Pang Shui colt for trainer Kevin MacLean from post four. Stash It Away’s regular driver, Corey MacPherson, will sit behind the Ron Gass trained Screen Test from post two, while  Moonwriter drew post three for trainer Colin Johnson and driver Ken Murphy.

The Post Time Picks likes No Plan Intended to guard the pylons and win at the final call.

“No Plan Intended raced great in the Conroy at Truro and was only a length away at the wire. He’s back on the Island draws the rail and gets a new pilot so we won’t be shocked if they cross the line first.”

The $3,000 back-up class in Race 9 sees Ys Mathis as the top choice with post five for trainer-driver Campbell and owners Brady Doyle of Nova Scotia and Jacinta Campbell of Charlottetown. The five-year-old Sportswriter gelding was second his last start while race timed in 1:53.2. Barrieau-McIsaac stake champion Fern Hill General has post four with Brodie MacPhee above the wheels while Doc Darryl takes his razor sharp form into post two for driver Colin Sheppard.

Catch all the action live at the track or tune into the worldwide broadcast at Redshores.ca. Online wagering is available at HPIBet.com.  To view Saturday's entries, click the following link: Saturday Entries - Charlottetown Driving Park.