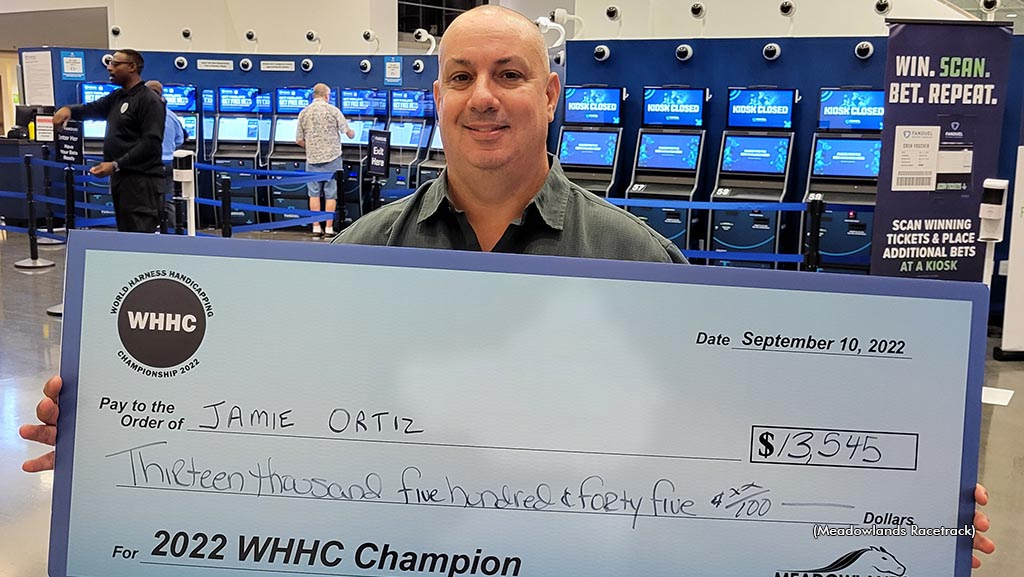 Ortiz finished the tournament with a $757.60 bankroll to top the field of 41 players from across North America who competed for $38,700 in prize money.  Ortiz walked away with $13,545 in prize money. He won his WHHC seat via the January Meadowlands $400 Qualifier.

The WHHC contest format required contestants to bet 10 Meadowlands races of their choice.  Bets had to meet a $30 minimum, $100 maximum per race.  Contestants could only bet one horse per race and wagers could either be win, place, show or a combination of the three.

Anthony Mancini of Clifton, New Jersey was the runner-up with a $716 bankroll and Todd Slembarski of Swoyersville, Pennsylvania rounded out the top three finishers with a bankroll totalling $549.10.

(With files from The Meadowlands)