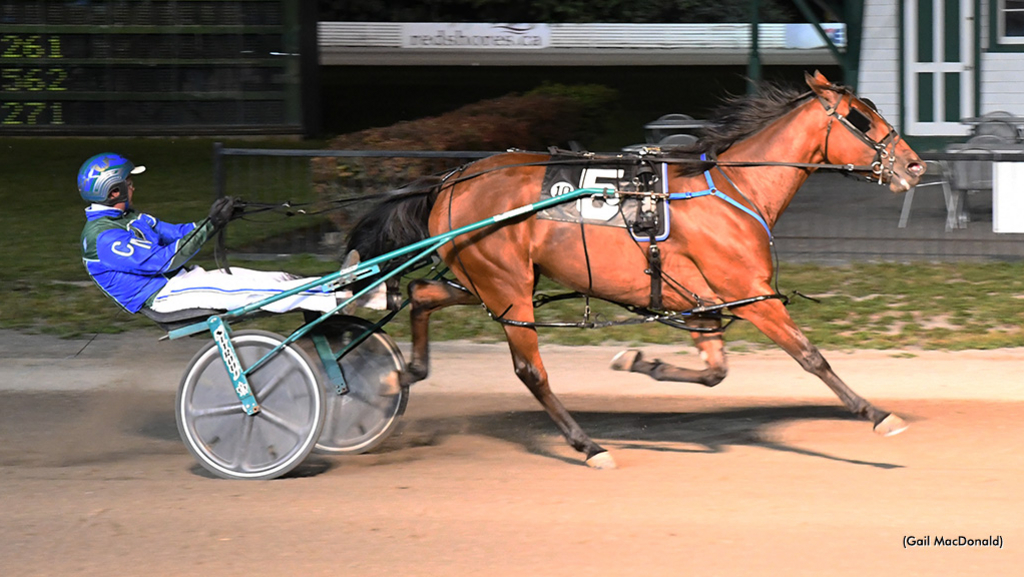 Used hard to make the lead, Therealprincess was determined to extend her undefeated season to 12 with a win in P.E.I. Colt Stakes action Saturday evening (Sept. 10) as the second part of a special doubleheader.

Corey MacPherson asked his charge for speed off the gate and she responded in her $13,800 P.E.I. Colt Stakes Gold division for three-year-old pacing fillies. Therealprincess left from post five but was strung to the opening station by post-1 starter Boo Yaya (Redmond Doucet Jr.) in :27.1. Therealprincess continued to lead the rest of the race unchallenged through splits of :56.2 and 1:26.1 before closing the mile in a personal-best 1:54.1 by three lengths over KCs Starlite (Ken Murphy) and Cantstopthelovin (David Dowling). Eddy Doucette co-owns and trains the undefeated daughter of Source Of Pride with partners Gordon MacLeod, Grant Mann and Blaine Thibeau.

Soul Assassin provided a shocker in a $13,100 P.E.I. Colt Stakes Gold division for three-year-old pacing colts winning at 10-1 odds over Fern Hill Gusto (Marc Campbell) and Fern Hill General (Brodie MacPhee). David Dowling was in the driver’s seat for the 1:55.3 off-the-pace rally as part of an Earl Watts training double while Windemere Farms of Springvale share ownership of the colt with Hollis Newson and Roger Burns.

In Grassroots sophomore colt action, Howmac Agustus (David Dowling) won his $6,550 division in 1:59.1 with the other division claimed by Silver Spirit (Ken Murphy) in 1:57.1.

David Dowling had a driving triple while Gilles Barrieau scored a training-driving double on the night.