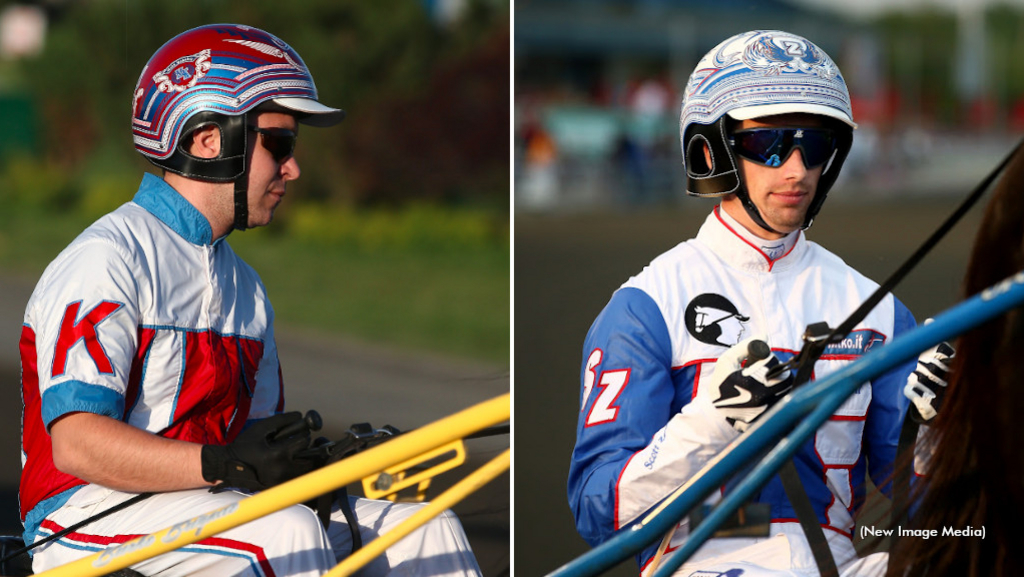 With many of harness racing’s biggest names in action on Saturday (August 6) during the star-studded Hambletonian Day card at The Meadowlands, two of the sport’s top reinsmen were watching the action from the sidelines.

Trot Insider caught up with Matt Kakaley and Scott Zeron to see how they are both doing after the accident they were both involved in a couple of weeks ago at The Downs at Mohegan Sun Pocono. The incident happened in the sixth race on July 26 causing the race to be a no contest. The horses involved walked off the track on their own power.

Kakaley came out of the incident with what he described as a mild AC joint separation, otherwise he’s in good spirits.

“I’m feeling really good. What happened the other week really sucked, but with the circumstances of how it all happened I’m thankful it’s not worse than it is.”

Kakaley is currently in the top five in North America in both wins (340; fifth) and earnings ($5,842,140; fourth) and will look to add to those totals when he resumes activity on Tuesday (August 9) at Pocono.

Zeron had first appointment since the wreck to receive updated news on Thursday (August 4). He suffered a three-inch crack in his pelvis and a small fracture in his wrist. The location of the fracture is in a unique spot where blood does not have the best access to it, and it might take longer than the pelvis injury to heal. The injuries could take anywhere from four-six weeks to heal.  Zeron is also in good spirits and is slowly starting to see improvements.

“The pain was very minimal. Now the swelling has gone down, I’ve become fairly mobile. I’d still rather get pushed around in a wheelchair, but I can walk.”

Zeron, who boasts 119 wins and $3.4 million in earnings this season, also discussed his injuries during his broadcast stint with The Meadowlands on Hambletonian Day. That interview is available below.

Please join Standardbred Canada in wishing both drivers a full recovery and a speedy return to the races.