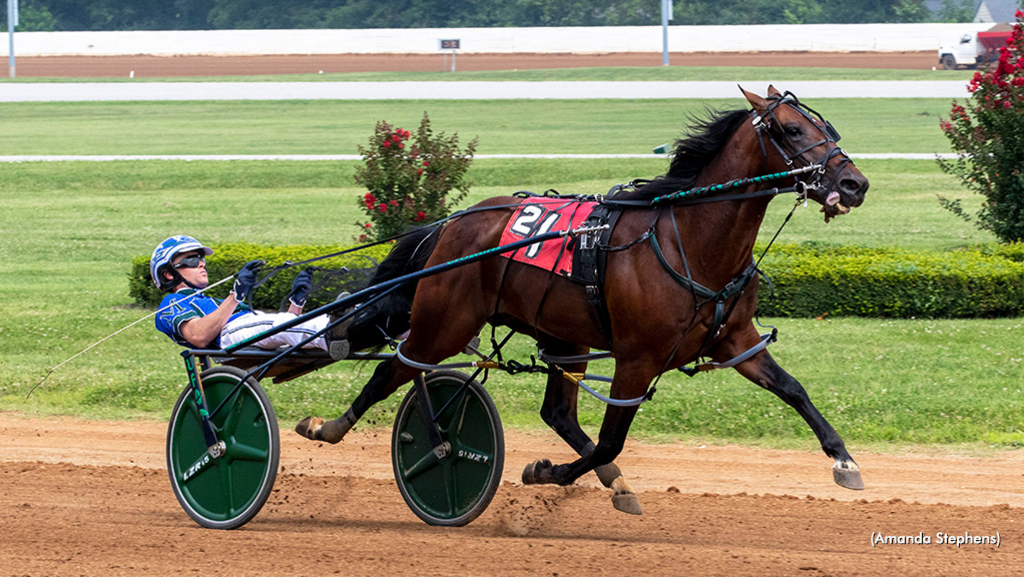 Pebble Beach, the 2022 Pepsi North America Cup winner, resurfaced from his defeat in the Adios with a decisive victory against his peers in an $80,000 opening-leg division of the Kentucky Championship Series at The Red Mile on Sunday (Aug. 7).

The Noel Daley-trained son of Downbytheseaside took over the lead after a :29.2 first quarter over a "fast" track and received only respect on the point. He raced unchallenged through a :58.2 half and to three-quarters in 1:26.4 to spring home a one-length winner over River Ness in 1:53.1. Caviart Camden finished third.

Todd McCarthy, fresh from his victory on his Hambletonian debut Saturday, steered Pebble Beach to his sixth win from eight starts this season and his 13th from 19 overall. He has banked $1,026,250 for owners Patricia Stable, Joe Sbrocco, Country Club Acres Inc. and LAexpressFoderaDeovolente. He paid $2.16 to win.

Blue Lou took the other Kentucky Championship division from off the speed in 1:52 by a neck over Kopia Luwak. Andrew McCarthy steered the $3.42 winner for Nancy Takter, who trains the two-year-old Sweet Lou colt for owners Morrison Racing Stables, Marvin Katz and Brian Gordon.

Mr. Mobley, no one should ever complain about winning a race, attempting to keep their horse fresh and sound especially as all of the above know rule number one of Harness Racing. A horse has only so many races. Rule two is refer back to rule one!

Other competitors knew they were only racing for second money so they just followed him like trained mice.