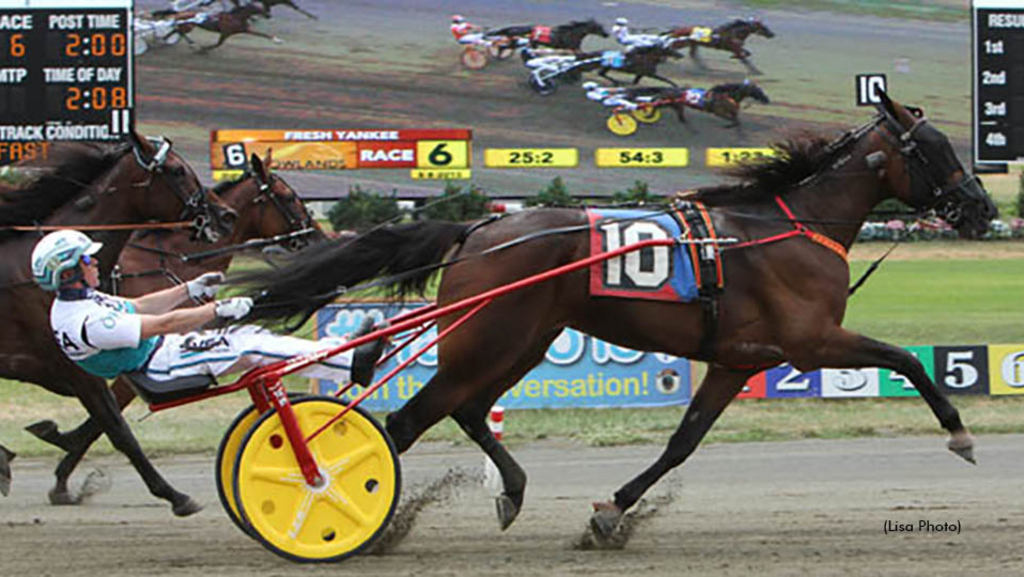 Orjan Kihlstrom has won most of the biggest harness races in the world, including four Elitloppet, a Prix d’Amerique and a Breeders Crown. On Saturday at The Meadowlands, he will have the opportunity to add the Hambletonian to his list of accomplishments when he drives Temporal Hanover in the sport’s premier event for three-year-old trotters.

Kihlstrom, a member of Sweden’s Trotting Hall of Fame, has appeared in one previous Hambletonian final. He finished fifth with 42-1 longshot Evaluate in 2018. On Saturday, he will be with an elimination runner-up, Temporal Hanover, who is 8-1 on the morning line.

“The Hambletonian is one of the biggest races in the world,” Kihlstrom said. “I’ve been fortunate to win most of the big races in Europe and some in the United States also. It would mean a great deal [to win]. It would be huge.”

Temporal Hanover is one of three finalists for trainer Marcus Melander, joining filly Joviality S, the 7-2 second choice behind 9-5 favourite Rebuff, and colt Periculum, who is 15-1. Last week, Temporal Hanover and Kihlstrom finished a head behind Jiggy Jog S in the second of two Hambletonian eliminations.

“He was great,” Kihlstrom said. “He is a very nice horse to drive. He’s the kind of horse that does everything you want. He seems to have all the qualities you want. He can leave if you want to, he’s got a good mentality and a good gait. He seems to pretty much have it all.”

Temporal Hanover, a son of Walner-Think Twice, will start the final from post seven.

Kihlstrom, known as the “Iceman” for his cool demeaner in the sulky, followed in family footsteps getting into harness racing. He grew up just a half-mile from Solvalla Racetrack, site of Sweden’s Elitloppet, which is one reason his first win in the famed race there with From Above in 2003 ranks as one of his greatest moments.

“I’ve been watching the Elitloppet ever since I could start walking,” Kihlstrom said. “I’ve seen all the great horses and drivers and trainers who came to the Elitloppet and won it. To be one of them myself was just fantastic. It was a horse I’d been driving all the way up, so it couldn’t be any bigger than that at that moment.”

Kihlstrom added Elitloppet titles with Magic Tonight in 2015, Nuncio in 2016 and Don Fanucci Zet in 2021. Prior to moving to Sweden, Nuncio was the 2014 Hambletonian runner-up to stablemate Trixton.

Another special victory was Maharajah’s triumph in the 2014 Prix d’Amerique in his fourth trip to the prestigious event.

“That also was a great moment,” Kihlstrom said. “I’ve had many great moments, but if I had to pick two, it would be the first Elitloppet and the Prix d’Amerique.”

In the States, Kihlstrom won the 2014 Breeders Crown Open Trot with Commander Crowe at The Meadowlands. The following year, he captured the Fresh Yankee with D One on Hambletonian Day at The Big M (pictured above) and the Muscle Hill Mare Trot, also with D One, at Vernon Downs.

On Saturday, in addition to his drive behind Temporal Hanover in the Hambletonian, Kihlstrom will drive Selfie Queen in the $500,000 Hambletonian Oaks for trainer Nancy Takter, In Italian in the $355,000 Jim Doherty Memorial for Ron Burke, Upstaged in the $337,000 Peter Haughton Memorial for Melander, and Incommunicado in the $60,000 Vincennes for Svanstedt.

“They are interesting horses to drive,” Kihlstrom said. “Selfie Queen raced well in her [Oaks] elimination and finished strong. I hope we’ll have some luck.”