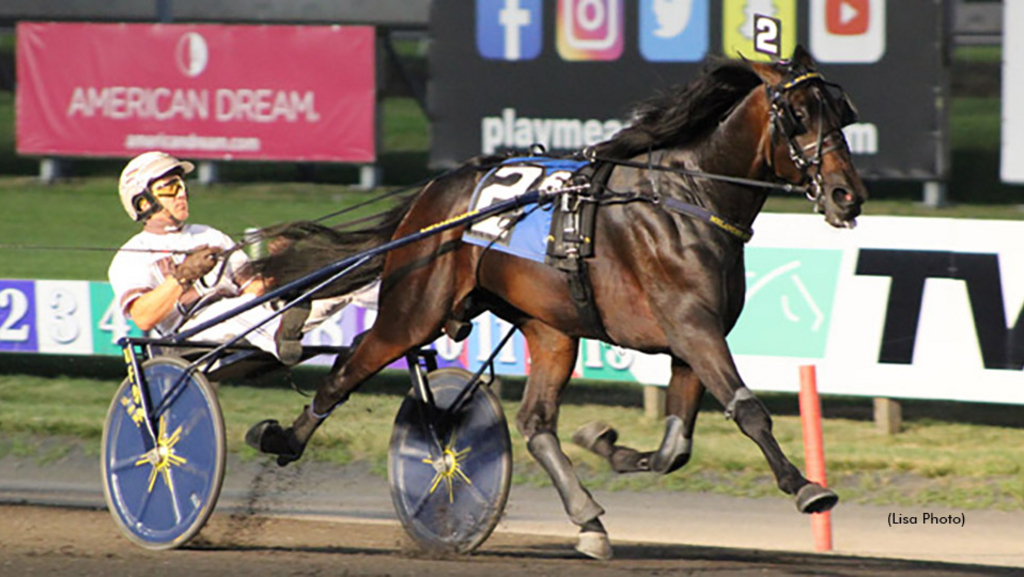 A single $20,000 elimination was necessary for both the Peter Haughton Memorial for two-year-old trotting colts and geldings and the Jim Doherty Memorial for freshman trotting fillies at The Meadowlands on Friday night (July 29), with one result predictable and the other not so much.

Both stakes events will have $400,000 (est.) finals that will be contested as part of the huge Hambletonian Day card at The Big M on Saturday, Aug. 6.

The popular finish came in the Haughton, as the Marcus Melander-trained, Brian Sears-driven Kilmister stayed perfect in three betting starts. After taking New York Sire Stakes events at Saratoga (a half-mile track) and Vernon Downs (a seven-eighths), the son of Chapter Seven-Treviso swerved out of the three-hole at three-quarters and rallied well, going on to an easy 2-1/2-length score in a lifetime-best 1:54.1, his third straight win racing over a different-sized track for owner Courant Inc. Kilmister paid $5.60 as the 9-5 favourite.

The conditions of the Haughton called for the top nine in the official order of finish moving on to the final. Finishing second through ninth, respectively, were Upstaged, Herodotus, Carter Michael Deo, Wallandar, Paramount Legend N, Dahlquist Hanover, Celebrity Bambino and Raisealittlehill. Oh Well, the top money-earner of those who entered, earned a bye into the final but will be subject to the open draw after Kilmister draws from posts one through six as the elimination winner.

The Doherty provided a 15-1 surprise as Una Madonna stormed up the inside in deep stretch to score by a half-length in a lifetime-best-equalling 1:55.1 for driver Joe Bongiorno, trainer Tony Alagna and The Una Madonna Stable. The daughter of Tactical Landing-Unica Donna It was sitting gapped in the three-hole as they turned for home, but the field came back to Una Madonna, who won for third time in four lifetime outings after rallying well along the pylons. She paid $32 to win. 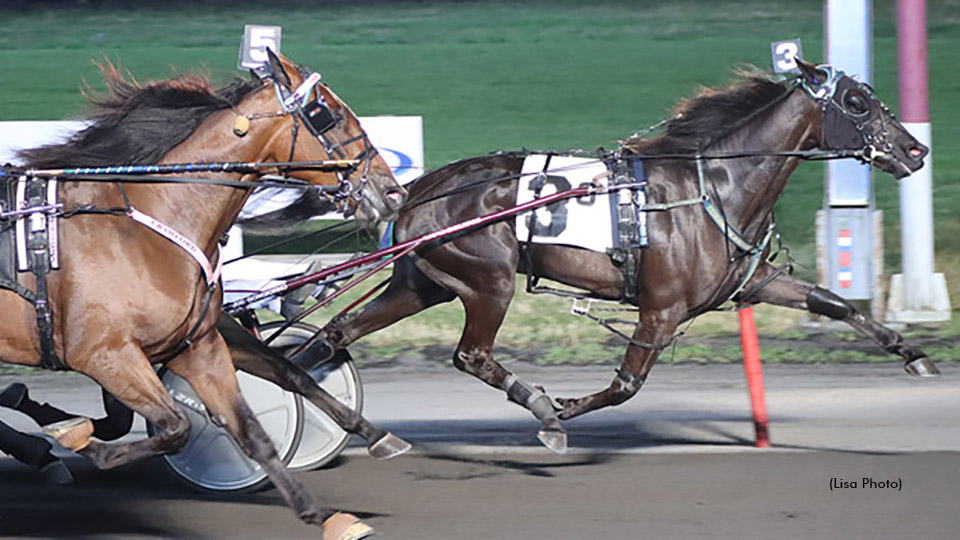 Like the Haughton, the top nine will advance to the final. Finishing second through ninth, respectively, were Royal Filly, Secret Volo, My Annas Dream, Graceful Patty, Instagram Model, Brunella, In Italian and Gotta Get Crackin. Una Madonna will draw for posts one through six as the winner, with the balance of the field going into an open draw, including Mambacita, whose connections opted to take the bye to guarantee a spot behind the gate in the final.

A LITTLE MORE: The Alagna barn was on fire, winning four times on the card, while Ron Burke trainees made three trips to the winner’s circle. … Yannick Gingras padded his lead atop the driver standings by guiding four to victory lane. For the year, the recent Hall of Fame inductee upped his dash-win total to 101. His closest pursuer, Dexter Dunn, has 71. … There were no winning tickets sold in the 20-cent Pick-6, creating a carryover of $7,106.77, which will be offered on the second Pick-6 on the Saturday card. It will span races nine through 14. … All-source handle totalled $2,403,929. … Racing resumes Saturday at 6:20 p.m.

(With files from Meadowlands)

Why are there stakes races on Hambo Day for 2yotc's and 2yotf's, but not for 2yopc's and 2yopf's? Why, once again, is the more prevalent gait receiving the short end of the stick?