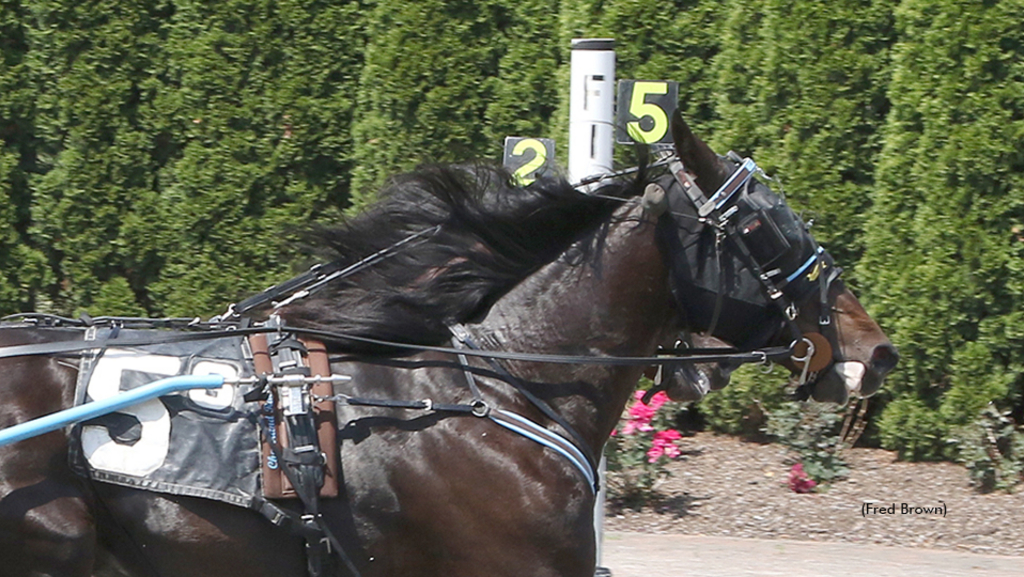 Its A Me Mario (Jason Bartlett) made his way out of the pocket and came after the leader as they made the turn for home, but American Fling had plenty in the tank and broke his maiden in his second career race in 1:53.1.  Its A Me Mario had to settle for second.  Train Station (David Miller) finished third.

American Fling is a two-year-old gelding by American Ideal out of the millionaire mare Feeling You.  Ed Hart trains for owners Randall Bendis, Reed Broadway and Pollack Racing LLC.

Among his six Sunday wins, Hennessey drove the career-debuting Blue Hunt ($5.60) to a NYSS score in the $52,500 second division.

Kid From The Bronx (Mark MacDonald) went right to the front and hit the first quarter in :27.1, but Blue Hunt took over as they headed for the stands for the first time.

Kid From The Bronx reclaimed the top spot as they headed for the clubhouse turn and led to the half in :56.1.  Davey Day Trader (Jason Bartlett) came first-up going down the backstretch but he fizzled out as Kid From The Bronx was first to three-quarters in 1:25.1.

Blue Hunt popped out of the pocket as they reached the stretch and the race was on.  The two battled all the way down the lane, with Blue Hunt getting by just before hitting the wire in 1:53.4.  Kid From The Bronx had to settle for second.  Tack Room Chatter (Aaron Byron) finished third.

Blue Hunt is a two-year-old colt by Huntsville out of NYSS winner All On Top Hanover.  He is owned by United Process Control Co. and trainer Erica Chartrand.

(With files from Tioga Downs)