Home Cooking On The Menu For Adare Castle 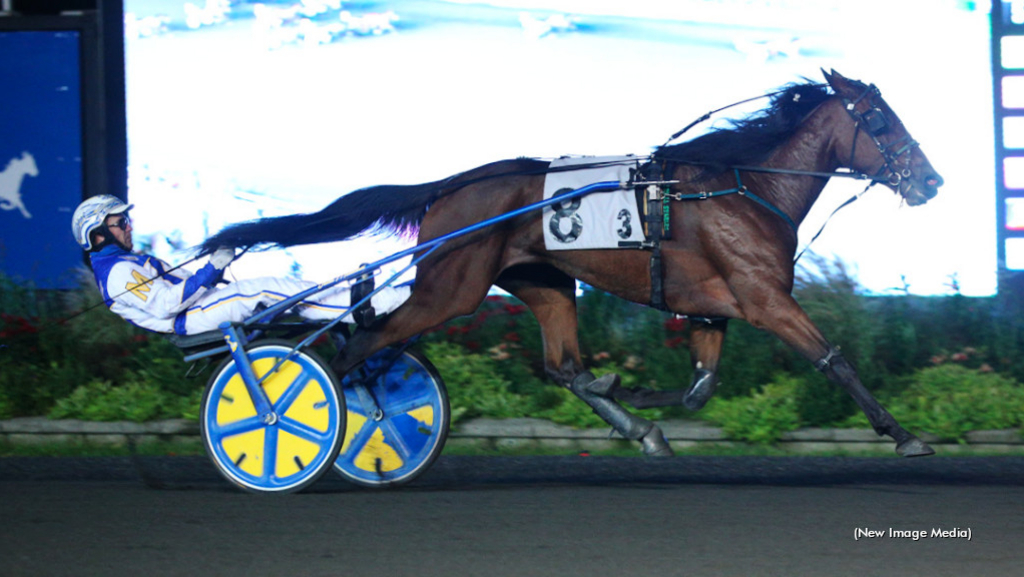 The best of her Ontario Sires Stakes division as a two-year-old, Adare Castle has started her road back to a divisional title defense for 2022. And according to her connections, her focus and her appearances will remain local.

After dominating her Ontario Sires Stakes division as a two-year-old, trotting filly Adare Castle made her return to the racetrack on Friday (April 27) during the morning qualifiers at Woodbine Mohawk Park. With James MacDonald at the controls, Adare Castle made every call a winning one in her sophomore debut. After clearing to the lead from the outermost post in the field of eight, the talented trotter was never seriously threatened after landing on top en route to a 1:58 tally.

"Things went as well as planned. I told James to go around 1:58, and he was bang on...and he reminded me that he was bang on!"  trainer Mark Etsell said with a laugh. "She came out of it fine and will be entered to qualify again for this Friday."

Adare Castle (Muscle Mass - Pacific Edge) won seven of nine races and more than $486,000 in her rookie season for Etsell and co-owners Robert Newton of Walkerton, Graham Hopkins of Chesley and Peter Porter of Port Dover, Ont. Her stakes wins included five Ontario Sires Stakes events highlighted by a victory in the season ending OSS Super Final, a division of the Champlain Stakes and an elimination of the Peaceful Way Stakes.

This year's stakes schedule looks to have more of the same, which is surely unwelcome news to her provincial rivals that might have been hoping to see less of the O'Brien Award finalist.

"Nothing," Etsell told Trot Insider when asked about any 2022 U.S. stakes events for Adare Castle.  "We talked about it, you know, and what it boils down to is do you want to stress the filly or do you want to you know, let her be what she is? She's got the SBOA, the Sires Stakes...if everything goes right, there's eight races right there. And then the Elegantimage and Casual Breeze so we're up around 10 or 12 starts there. We didn't pay her into anything south of the border.

"And we didn't make the Breeders Crown payment last year, so she wasn't eligible for this year. We said 'you know what, if she's having that great of a year we can pony up the $60,000 [supplemental entry fee] and race her'...if she's Breeders Crown material, we'll give her a chance."

Time will tell if she's indeed Breeders Crown material. For now, the veteran horseman — himself a 2021 O'Brien Award finalist — will focus on a second qualifier for Adare Castle this Friday (May 6) at Woodbine Mohawk Park in advance of her first pari-mutuel test in the SBOA eliminations at Mohawk on May 14.

"You have to concentrate on where she can make her money, and that's in the Sires Stakes," stated a pragmatic Etsell. "I don't think the Casual Breeze, Elegantimage and SBOA are out of line for her. And that's the thing about staking her last year for this year. You have to be pretty damn optimistic in February and March of last year making payments for this year on a horse you paid $10,000 for. She wasn't any better than any of the other ones at that time, so if I paid one I would have had to pay them all."

"Plus they have to come back as three-year-olds. There could be a whole boatload of fillies that come out of the woodwork...you have to be optimistic and also very lucky." 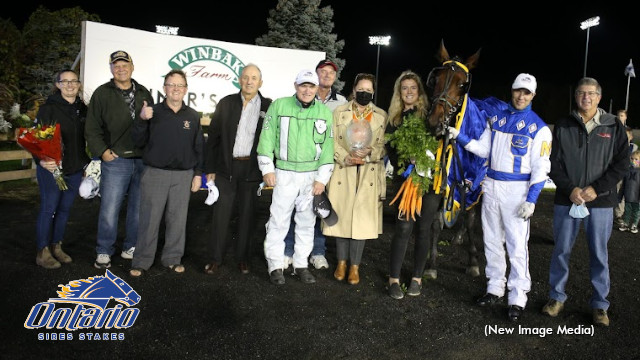 As someone who has raced horses the likes of Ghost Of Sweepall, Tantallon Wonder, Fleur Collins and Blossom Seelster at the Grand Circuit level, Etsell has the benefit of experience when approaching and planning a season for a horse of this calibre. Having said that, his plans for this season also take into account the possibility of bringing Adare Castle back to race as a four-year-old.

"I know there aren't many races for older mares up here but I think she's the type of filly that will just get better. Time will tell, but she just strikes me as one that if you don't burn her out she'll keep going.

"I think that's maybe where you'd stake her up a little more in the U.S."

Heading into her three-year-old season, Adare Castle's transformation into her current self isn't one that necessarily took Etsell back when she resumed training. That kind of change is hard to notice when you see that individual on a daily basis.

"Mentally, she's still the same; she's pretty laid back but she'll swell up when it's time."

And when it's time, her owners will also swell up with the anticipation of watching the talented trotter compete. Etsell's group of owners are long-time partners and he's thrilled to bring them along for the ride.