Will The Mares Continue To Rule In Cutler? 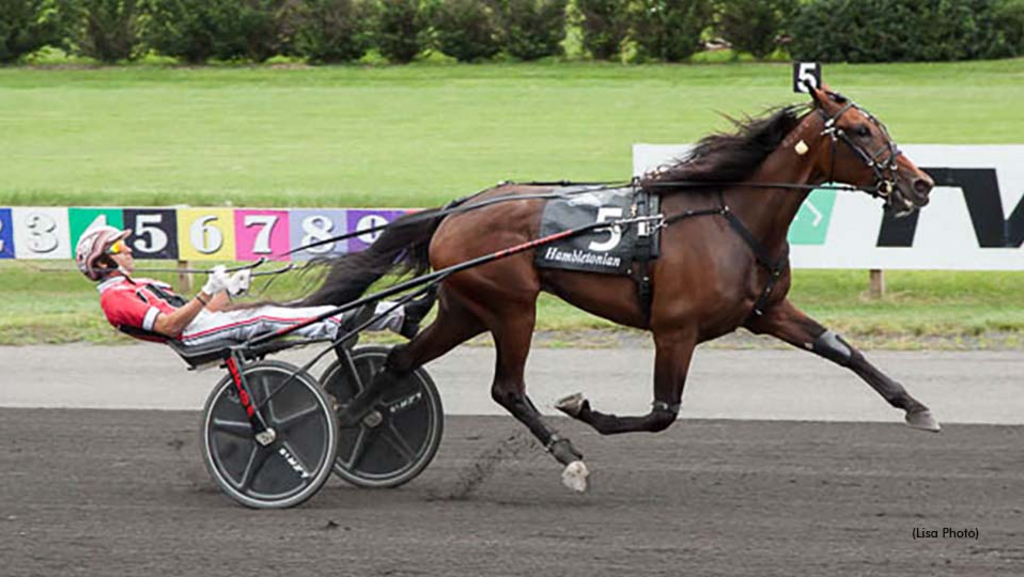 In recent years, the Arthur J. Cutler Memorial for older trotters has belonged to the ladies. A mare has defeated the boys in three of the past four editions of the event, and four of seven going back to Bee A Magician’s triumph in 2015. In the three years a female did not win the Cutler, none were entered.

Bella Bellini, last year’s Dan Patch Award winner for best three-year-old female trotter, and When Dovescry, who captured that honour in 2019, will carry the banner for the ladies in Saturday’s $170,450 Cutler Memorial at The Meadowlands. Bella Bellini and driver Dexter Dunn will start from post two in the nine-horse field while When Dovescry and David Miller leave from post eight.

Lovedbythemasses, a five-year-old gelding who has won six of seven races this season, is the 5-2 morning-line favourite. Six-year-old stallion Ecurie D, the Danish-born 2021 Breeders Crown Open Trot champion, is the 3-1 second choice in his 2022 debut.

Bella Bellini, who has finished second in her two starts this year, is third choice at 9-2. She heads to the Cutler off a neck setback to five-year-old Next Level Stuff in a division of the Miss Versatility Series for trotting mares on May 6 and a runner-up finish behind Katies Lucky Day in the opening round of the Graduate Series for four-year-old female trotters last week at The Meadowlands.

In the Graduate, Bella Bellini trotted 1:50.2, but was unable to fend off Katies Lucky Day, who stopped the clock in a career-best 1:50. It is the fastest mile of the season so far for a trotter.

“I’ve been very happy with her. How could you not be happy with her overall performance? If she keeps racing like that, she’ll do OK. She’s a pretty unique filly. I’m optimistic that she’ll handle herself well going forward. Hopefully, we’ll have some success.”

Bella Bellini, trained by Nifty Norman, was winless in seven races as a two-year-old but blossomed at three to win 11 of 19 starts and hit the board a total of 18 times. Her victories included the Hambletonian Oaks and Breeders Crown and she missed by a nose to Katies Lucky Day in the Kentucky Filly Futurity. She totalled $1.15 million in purses.

McDuffee planned to retire and breed the daughter of Bar Hopping-Bella Dolce but was persuaded to return Bella Bellini to the races this year after learning from Meadowlands owner Jeff Gural about the creation of Graduate Series events specifically for mares.

“The more I thought about it, I said, yeah, let’s do it,” said McDuffee. “I love racing. That’s my game, so it wasn’t a hard decision to make.

“We need to do something more for these four-year-olds if you want to keep them going. It’s a tough year for them just going from three to four and then having to race five, six, seven-year-olds, the best of the best. At least the Graduate Series is a step in the right direction. If we keep moving in the right direction, it will be easier to keep horses going.”

Bella Bellini faces a difficult task Saturday. Although mares have fared well recently in the Cutler, only three four-year-olds — all males — have won the event this century.

“The four-year-old season is difficult,” said McDuffee. “This week, you’ve got colts in there that are pretty darn good. It’s a tough group. That will be a challenge as well. [Ecurie D] scares the heck out of you. Last year, he looked unbeatable. We’ll keep our fingers crossed and hope Bella brings her ‘A’ game.”

Ecurie D was an established star in Europe before heading to the U.S. last spring and taking up residence in the stable of Ake Svanstedt. He raced only twice in the States but won both times by 2-1/4 lengths. After winning the Breeders Crown, he was held out of the TVG Series championship for trotters in November.

“He didn’t race because he was a little sore,” said Svanstedt. “We thought it was better to help him and rest him so he could maybe have a good season this year. He had a good rest over the winter and came back good.

“He’s a really good horse. He’s one of the best horses I’ve trained. He has the power, he has a good gait, he has a good attitude, he is fast, and a big heart.”

“I was satisfied with him,” said Svanstedt, a three-time winner of the Cutler. “It was not so fast, but he came home fast. It’s tough horses in this race. It’s no playing, he must be good. I hope he is ready to go. He feels like that when I train him.”

Racing begins at 6:20 p.m. EDT at The Meadowlands and the Cutler Memorial is race eight on the 13-race card. TrackMaster past performances for all Meadowlands cards can be found at the track’s website.