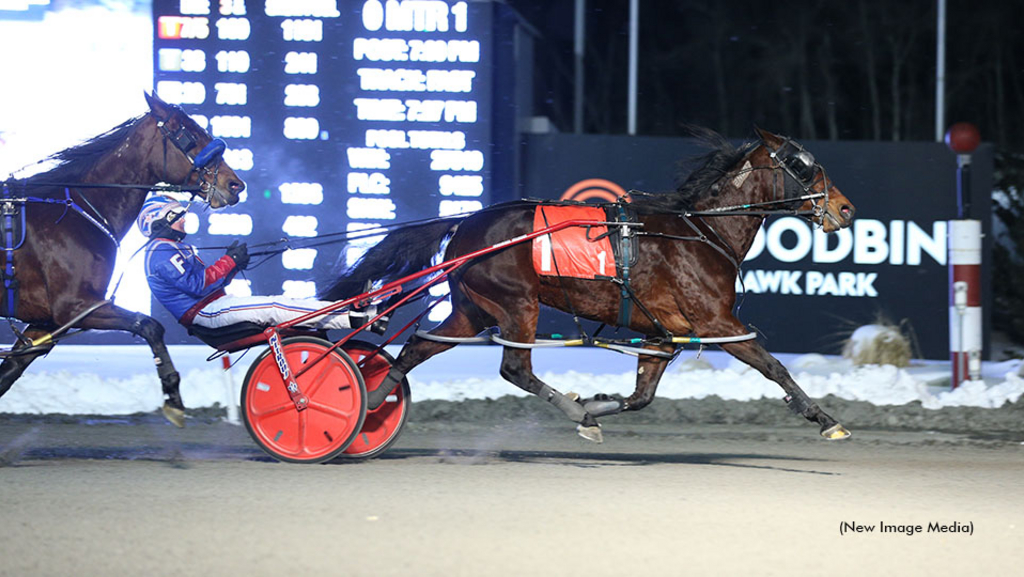 Vines To Heaven put in a sensational start to 2022 with six straight wins from February to April in Ontario and is now set to make her East Coast debut on Thursday evening (May 19) at Red Shores Racetrack and Casino at the Charlottetown Driving Park.

The George Rennison-trained Vines To Heaven will leave from post five in the $3,200 Fillies and Mares Preferred Pace, carded as the finale of the nine-dash Thursday presentation. First-race post time is 6:30 p.m. for the program.

Corey MacPherson picks up the catch-drive on the seven-year-old daughter of Rock N Roll Heaven, who ships in from Nova Scotia for owners Aiden Ferrish, Ian MacDonald, Clarissa Maher and Andrea Rennison. Claimed for $15,000 on February 18 from Woodbine Mohawk Park, Vines To Heaven would go on to win her next five starts for the new connections ending up in the $25,000 claiming ranks at Rideau Carleton Raceway outside Ottawa.

Her quest for the Thursday evening winner’s circle will not be an easy one with the winningest Standardbred in Canada in 2021, Dreamfair Zenfire (to be driven by Marc Campbell), making her season's debut from post six. Tobins Brownie is the morning line favourite from post two for trainer/driver David Dowling while rail control goes to the Colin Johnson-trained Ladylike (Gilles Barrieau).

Peter MacPhee likes Ladylike on top of his tickets in the Post Time Picks after being defeated by Tobins Brownie last week.

“Ladylike fired to the lead last week and led for a long way only to be collared at the very end,” said MacPhee. “The good news is she lands on the rail and, with Barrieau at the controls, they go one better this time.”

(With files from Red Shores)